Cue cameras to activate and provide video verification or identification

Engage first reponders to the localized area in seconds

The Guardian Indoor Active Shooter Detection System incorporates the world’s finest acoustic gunshot identification software and combines it with infrared gunfire flash detection to produce the highest performing, fully automatic, and most accurate gunshot detection technology available today. The Guardian System is certified by US and UK Government authorities and trusted by our customers in corporate, school, government, and other private and public venues across the globe and comes in wireless and PoE sensor solutions to fit every building design. 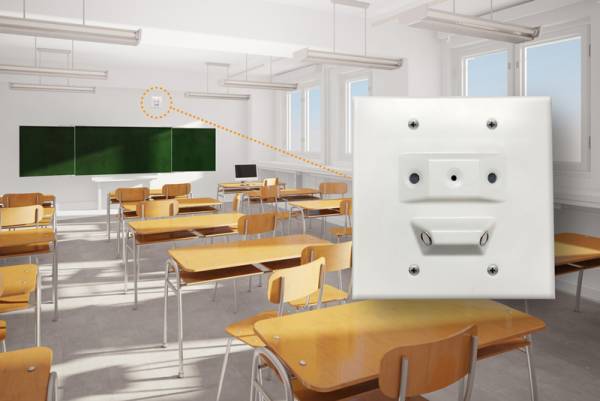 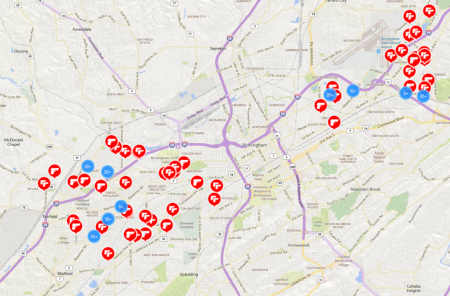 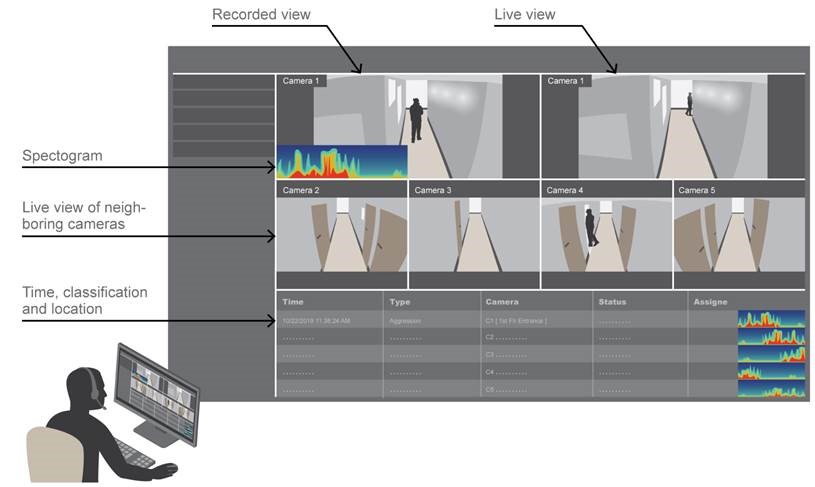 ISO offers gunshot & explosion analytic algorithms that run on the camera, on a CPU/GPU, or in the cloud and suggests the location of the gunshots origination within 150’/45m.  These analytics listen for audible concussion signatures from the muzzle blast and/or the supersonic projectile shockwave to analyze and alert you and your VMS.  Our newest technology in the acoustic analytic now utilizes ‘multi-sensor awareness’ and it helps by eliminating duplicate detections (several sensors detecting the same sound), reducing false positives, and pinpointing the location (area) of the detected sound more accurately.  We also now offer Beamforming algorithms with this technology.  Beamforming requires multiple microphone arrays that can use beamforming to pinpoint the direction of a sound, but there is no information on the distance of the sound source to the sensor.  ISO also offers more sophisticated solutions that use Time Distance of Arrival – TDoA, and Triangulation to provide more accurate geolocation of gunshot origination to as little as 6’/2m. 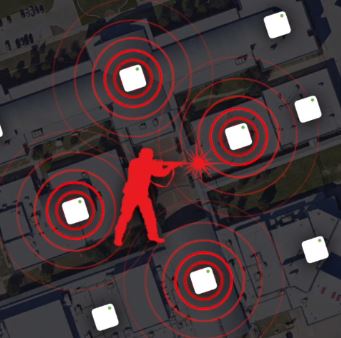 The Shotpoint outdoor shot localization sensors may be mounted on buildings, poles or integrated into street lights.  They continuously listen for gunshots. If a shot is detected, our sensors collaborate to confirm the presence of a shot and locate the source with extreme precision. The wide area system reliably detects and locates gunfire to an area of approximately 30’/10m.   The software alerts as well as integrate with a VMS to alert or actuate rule to action events.

Shotpoint Databouy sensors monitor their environment, precisely locate the source of acoustic events, and instantly communicate when action is required. Immediate and unambiguous situation awareness is critical to an effective response.

The Shotpoint full sensor density outdoor shot localization sensors may be mounted on buildings, poles, or integrated into street lights. They continuously listen for gunshots. If a shot is detected, our sensors collaborate to confirm the presence of a shot and locate the source with extreme precision. The system reliably detects and locates gunfire ranging from small handguns to high caliber rifles, while eliminating all echos, bounces, and false detections and geolocates within 6’/2m. Additionally, outdoor systems can resolve the trajectory of supersonic rifle shots when the bullet passes within ~150m in the proximity of the network.

School Shootings By The Numbers

The number of people killed in a mass murder or attempted mass murder at a school since Columbine. (FBI records)

The percentage of school shooters with no prior criminal record, not even an arrest. (U.S. Secret Service, U.S. Department of Education)

The percentage of school shootings where someone had information that the attacker was thinking about or planning the shooting. (U.S. Secret Service, U.S. Department of Education)

The number of kids aged 15 or younger who have committed or attempted a mass school shooting since Columbine. (FBI records)

The percentage of school shooters who are male. (FBI records)

The percentage of school shooters who got their guns from relatives or at home. (US Secret Service, US Department of Education)

The number of shootings of any kind at a school since Columbine. (ABC News review of reported cases)

The number of shootings per week, on average, on a school or college campus in 2015. (ABC News review of reported cases)

Diane Sawyer special edition of “20/20,” she speaks with Sue Klebold

The FBI also has a few hard facts about these shootings and they are:

While calling 911 in an emergency has been around for ages, it can take too long from the time an emergency is reported to the time officers arrive on the scene. The average school shooting lasts 12.5 minutes, while the average police response time is 18 minutes.

It was unspeakable, the carnage that we were seeing, the number of people who were injured and, unfortunately, already dead, and the pure panic on the faces of those individuals that were still in need and needing to be safe.

Every year, 2 million American workers report having been victims of workplace violence. In 2014, 409 people were fatally injured in work-related attacks, according to the U.S. Bureau of Labor Statistics. That’s about 16% of the 4,821 workplace deaths that year.

While roadway incidents are the No. 1 cause of death for workers overall, violence is the third leading cause for healthcare workers, and employees in professional and business services like education, law and media, according to Injury Facts 2016®. Taxi drivers, for example, are more than 20 times more likely to be murdered on the job than other workers, according to OSHA.

But make no mistake: Workplace violence can happen anywhere.